I just LOVE my new (old) homepage.
This is what my iGoogle looks like at midafternoon in Cairo. 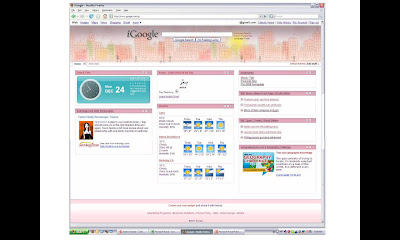 It's dusk and now the city-scape has turned powdery-blue. Wish me luck with the visa hunt and I'll be living in al-qaahira soon.
Posted by t at 6:34 PM 1 comment:
Email ThisBlogThis!Share to TwitterShare to FacebookShare to Pinterest

I'm wearing a bra today. A real, heavy, American, Victoria's Secret best-selling bra. I mean, I own many bras and wear them about half the times I go out in public, but I favour comfortable faux-bras. The most abandoned of my bras have been the pair of padding, lifting, veritable braces I purchased from VS years ago: this orange one, and a green one.

Ladies in America, I don't understand what all the fighting is with the breasteses. Let them be.

The same goes for panty hose/tights. I own a few of those too. I wore them about nine years ago, once this year for an interview, and a few times in between. The decision process for buying those is either buy thin, so you can breathe, or buy thick so it can last more than one day before getting snagged. Once I had the good fortune to buy thick and over-sized, with them I can breathe AND re-use. It has also proved a welcome added layer of clothing in the cold weather.

I assume women wear tights to "control-top" as much as to appear formal, otherwise panty hoses would be designed as true hoses without tops or feet. You want proof? Recently, one woman invented "spanx," which I'm very sorry to advertise since it's useless to cut out the foot of the panty hose when the main pain center is around the tummy. I saw they market a pregnant spanx too, which looks criminal: you're pregnant and squashing your mid-section? Why?

Anyway, about the bras, the last time I wore one was weeks ago to go to the movies. Raj took me to see that sappy dribble about 53 years of solitude or something. Yes, it was Love in the Time of Cholera. By the way, that was probably the last time I stepped outside the house too, because it has since become really cold out there.

The bra in question was relatively light, yet before the movie theater filled for the movie, I took the stupid thing off in the darkness. In case you were wondering how one removes a bra without taking off shirt and jacket, that's one of the Houdini-esque skills girls have, especially girls who attended a boarding school without private corners.

Today I'm wearing the big one, haven't tried it in years, wonder how long it will last before I take it off since it hurts already. This is the one that I've heard from girls and advertising is the most comfortable bra - as comfortable as what? A boot on your throat? - that's the only reason I gave it a shot against all visual evidence. Well, it's a piece of junk.

Meeting with a friend from out of town today, and lest you think I'm trying to impress her with boobs that have lift, point, immobility, and control of roll, pitch, and yaw, I'm not. There'll be layers of clothing over it and I might as well not wear it. Actually, I won't wear it. End of experiment. Less than five minutes.

Aaah that feeling - I just unhooked the bra - the blood flows again, I started breathing and stopped pouring sweat in my tender armpits.
Posted by t at 9:14 PM 5 comments:
Email ThisBlogThis!Share to TwitterShare to FacebookShare to Pinterest

Premiering in the UK 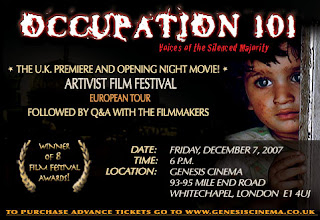