Actual things that I did, saw, bought, and so on.


If I really mean to practise concreteness, one supporting practice could be to write in this blog daily for a while, recording actual things that I did, saw, bought, and so on.  A first-order, direct experience journal.  (There are no actual things or so it would seem.  Hmmm, maybe there are some. )

So here are some quick notes on such actual things:
I have actually been quite social.  We've just had a four-day weekend for Sallah, so everyone at home more.
I have really been quite social, come on!
I visited these people Monday, took a road trip to a meeting out-of-town on Tuesday, got a little sick with a cold by Thursday, also had a meeting and took public transport and walked back home and visited mum at work and met more people and she bought me plenty food and I found super-mild medicine at home to use for my cold.  First I tried once again to buy Panadol Cold and Catarrh, cata is such a hard word to spell, but I find they don't stock it anymore or who knows maybe they don't make it anymore, maybe it's too simple lol, too inexpensive, too common-sense.
The medicine is called Lemisip - it has paracetamol like the equivalent of 1 tablet of Panadol and a dot of the actual cold medicine phenylephrine hydrochloride.  It's black-currant flavoured and you make it in a tea with hot water.  I've used it before but this time it was better because 1. I lowered the dose even more, used half of the sachet at a time - first half in the evening and the other half the next morning, and 2. I didn't drink a straight Lemisip tea, but a sweet and sexy full packet of ginger-lemon or was it ginger-honey tea with the half-sachet blackcurrant Lemisip in it.  Yummm.  It worked and without the pain-and-suffering aka side-effects.  I suspect it's not very good for your stomach.
I just put all that in small print because the main point of this post is to enumerate actions and concrete things, not ramble with details of cold medicine?  I guess.  I'll soon end this concreteness experiment lol. 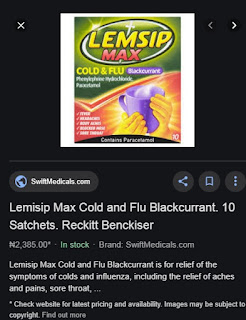 I am trying to get a job so I need to email and do things like that.  Specifically, somebody gave me some people to email to connect me with a job abroad.  Somebody told me recently that I had a "fantastic" CV and that has given me such a nice feeling.  I did the fantastic CV because an old friend asked me to use a résumé-building website so I did.
I spoke with a former colleague on the phone and he's connecting me for a job in Naija and he also told me how to do things to put "affiliate marketing" on my books or blogs but I checked out the sites and got confused.
I'm highlighting the impact of people because this is my concreteness post, isn't it? 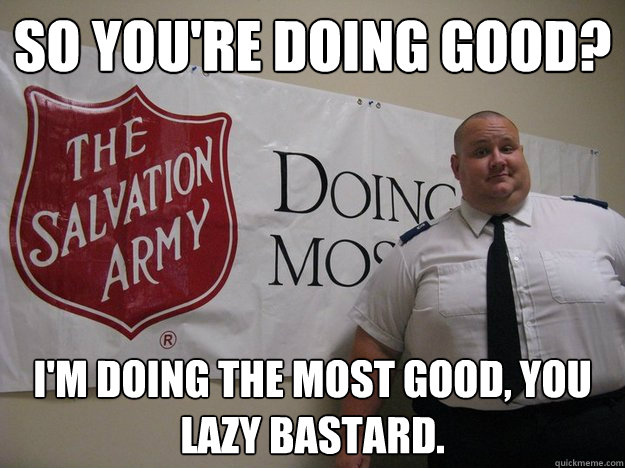 I noticed my phone getting a mind of its own so this morning I looked at things about hacking and found out that I haven't changed my google password like since the beginning of time.  I will have to change it.  Maybe in a changing ceremony with tears of an era passing.
Then I found that something called clearing the cache of your phone operating system could help bounce off the hacker(s) so I pushed myself to do that rather than just sit back and say whatever it's not like I have money for them to steal looool.
Then I started becoming more hyper, started doing more: changed my phone device security from the minimum default pin code to (I'm not telling youuuu) and then tested it and then found out about SIM card PINs and debated whether to lock my sim and then I pushed myself to not be all-contemplation and no action then I decided to change the sim pin then LOL I locked myself out of the sim because I didn't know it and used the wrong things three times.  So now I had to get the PUK to unlock it, so I found out that it's something that's printed on the plastic packaging of the sim that this awesome girl at the phone shop had said I should not throw away.  (I really like the phone shop customer service girl so I'm going to go back to phone shop just to make friends.  She's really into phones, technical stuff about phones, and yeah, I don't think she'll be doing 'just' customer service for much longer.)
So now I had to find the PUK, an eight-digit number.  It took many minutes because it wasn't in the old cellphone box where I keep old phone stuff or in the tiny purse where I once kept sim card fragments.  Hmm, I was thinking I'd have to use customer service (phone or much better go to the office) then I remembered I kept it somewhere REALLY VERY EASY to find, yay, then I found it then I entered it and now could lock, unlock I mean, and then I ended up deciding not to use the lock sim in the end, because - long story, but basically more password-using and it's not adding very much new safety anyway.  I may change my mind and activate the sim card pin and all that.
While I was sorting these phone things out, maybe 1-2 hours this morning of reading help pages and forums, I had a notepage (Sticky Notes) on my laptop where I wrote out what I was doing and deciding to do, what I was trying and deciding to not try -- to keep track and not get muddled.
For example:
what i did: cleared cache 609MB, change device pin - it prompts twice, test startup pins,   also wanna: change google password since April 2006.  not doing: add sim card pin because too much pin-pin and sim card stolen in other ways.  update - tried to and now locked out until i can add 8digit puk.
And at the end I wrote:
OK.  I feel like i was 'busy' this morning.  Not necessarily productive, but definitely morally hardworking aka up-and-doing.  Whether or not I improved security in my digital life, I learned a few things about my devices.  Now to stop before I make things worse.

Actual things that I did, saw, bought, and so on...
Well, now you know that I hung out a bit, had a bit of a concrete existence/experience of life.
What did I see?  Usually my room.  Also the roads and places and stuff.
What I "bought" was supposed to be a joke but hey, as it turns out, I'm on the market for a Benzoyl Peroxide thing to drop on pimples when they appear. 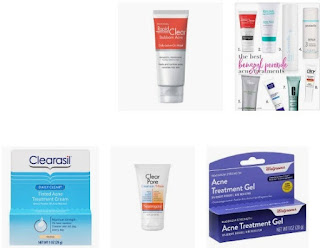 It must have been 10, 12, nooo more like 18 years ago my former secondary school mate who became a biochemical engineer and is now like a pharmaceutical researcher said those words to me and since then I've kept one, then another Benzoyl Peroxide ointment/cream - the second one was a little tube of Mary Kay stuff and I kept it for many years - my First Aid for "acne" aka pimples.  I haven't had one for many years now but I haven't usually had pimples.  Nowadays though, well, I got one big one yesterday, and I remember I got a few - one or two at a time - in the past few months and had nothing to use on them and tried things I had on hand - mostly menthol balm - that I knew wouldn't work.  I've tried a number of pharmacies over the years - casually, like when a pimple appears and I think about it - and they don't have stuff with that active ingredient.  But now that I remember that it could be a cosmetic, I should check like perfume and 'beauty' stores for a lucky break.  I looked online and oxy-10 contains it.  Then I was scared of the brand from bad publicity I remember from a really long time ago I think about how they used celebrity influencers (before they were called influencers) to advertise with personal testimonies that were false testimonies i.e. they actually used doctors but claimed it was this facewash or whatever that cleared their dramatically severe acne.  I don't want a facewash anyway, I need a thing that I can apply to the affected area, and I guess keep for 10 years to use whenever I need it.  Oh, I just checked and it was Proactiv that had the bad PR and/or bad practices.  Oxy-10 is good and fine.  I see online that it's popular, with other brands like Clearasil, Neutrogena, Clean&Clear, etc, etc.

And I should stop stressing about things: no stress, no pimples.
Also, no fast-food, no pimples.
But it's when you stress that you get attracted to junk food lol.  And it's when I stress that I don't sleep enough and drink enough water and then I eat groundnuts or whatever hahahaha.

I'll do laundry today or tomorrow and check out the beauty-related shops for the ointment thing.  Laundry is another concrete thing - I like the laundry place.
Oooh, money is another concrete thing - I am nearing zero with money now but someone's going to lend me some, payable when able, that's the good life y'all.  I'll pay back when I get back to doing a job whether bigly paid or acada-paid, like, in a few months.

I did things that I usually do, of course: watch Colbert and lots of late-night comedy on youtube.  Stephen Colbert, Seth Meyers, Trevor Noah, Jimmy Kimmel, that whole crew lol.  But this week I also watched a lot of Jim Jefferies' and watched a few more Bill Burr comedy bits.  And probably I read a lot of internet news and stuff and tried to read a book or two (cue the song: The Best Book To Read is the Biiiible).  Ah yes I went to church and I liked it.  Very much.  2 Chronicles 20 - the basis of Sunday's sermon - is good stuff.

Now I'm yawning.  It's time to add some pictures and stop boring myself, stop boring you.

Advertisement: Read my books. ###Three Sisters, novel #1 here###
Posted by t at 9:04 AM 4 comments:
Email ThisBlogThis!Share to TwitterShare to FacebookShare to Pinterest

It was always dance


Year One, one of these dancers was me.  Guess which one?
Ballet - Swan Lake


Year Two, I was a girl again.
Music - "Los Toreadors"
Dance - Not a paso doble.

If I really mean to practise concreteness, one supporting practice could be to write in this blog daily for a while, recording actual things that I did, saw, bought, and so on.  A first-order, direct experience journal.  (There are no actual things or so it would seem.  Hmmm, maybe there are some. )

But that's not often what I do here:  I write (1-3 times a month usually, and have done so for so many years) and the writing is often about ideas, art, thoughts, impressions - a higher-order recording of events in my life (and liberty and happiness.)


Metaphor is great and all, but sometimes the mind wants to rest and the body wants a workout.  It would be nice to actually dance, you know?  Then the body gets what it wants.  Instead of talking about how it was always dance and diving into metaphor, again.