I just tried this one called "Paint By Number" and painted my first picture. 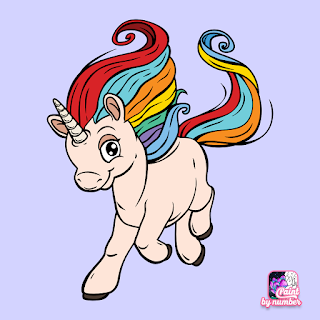 It was a delightful experience (if you ignore the problems with apps, like how it stalled my phone on the first attempt to use it)

I'm going to do another one now. 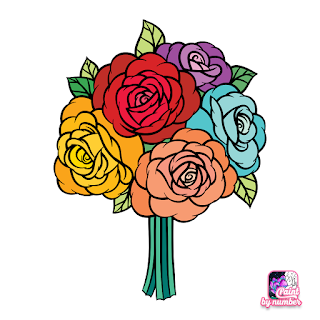 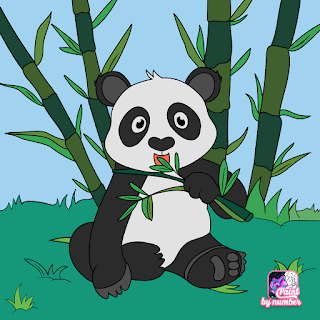 Advertisement: Read my books.
Posted by t at 5:41 PM 3 comments:
Email ThisBlogThis!Share to TwitterShare to FacebookShare to Pinterest

Guess what I've been re-rocking?

J2TW was released 36 months ago, and I remember being astounded that this work would not get a lot of listens relatively, while for example Drake's work did get attention and make the creators money, and how that was just a function of ... oh well, I won't bore you with social justice talk.  You just grab the music for yourself and enjoy a dance-and-a-half.

RNC from March 2014, well you know that album made my life lol.  It's sonic excellence, exuberant and brilliant work, and includes SDC Tec's "I don't spit on the mic, my guy, I baptize" which just "bursted my brain" again, even though I know the whole verse.  It's Tec's birthday today.
As usual, Jesse is working on something new, even though he really doesn't owe us anything.

Advertisement: Read my books.
Posted by t at 8:48 AM 2 comments:
Email ThisBlogThis!Share to TwitterShare to FacebookShare to Pinterest

Guess who is getting married?

So Nadal is really going through with this wedding tomorrow...? pic.twitter.com/Vic6eBurT2
— QuiQui (@Seqsi) October 18, 2019 
Buhari's marriage to Sadiya: A hoax | The Guardian Nigeria ...


Oct 12, 2019 - Several hashtags have been trending on Twitter on the premise of the wedding and the “sudden” return of Mrs. Buhari to the country to stop the ...
Here is the full story.

Advertisement: Read my books.
Posted by t at 12:39 PM No comments:
Email ThisBlogThis!Share to TwitterShare to FacebookShare to Pinterest

What do they mean?

The first is brief in terms of time - here now and soon gone, while the second may be hard to pin down in terms of location or space.

The first may be an attribute of concrete things, or in religious language "the things of this world" while the second may describe the things of God, or of Spirit.

In the language of physics, the first represents the particle and the second is the wave...
in other words, matter and light.

Advertisement: Read my books.
Posted by t at 8:00 PM No comments:
Email ThisBlogThis!Share to TwitterShare to FacebookShare to Pinterest

On the one hand, philosophical societies

If you love math(s),
one way of looking at this is, ah, ok, we can
integrate, I think, like subsume/embed the fractured parts in a higher-dimensional space where the parts cease to contradict each other.  In this case, interfaith.  What jurisprudence?  Work on one law that works for all.  Build an even bigger religion.  Or dump it entirely, to build a thing even bigger (in its capacity for consistency) than religion.   Philosophize ad nauseum.  We are human after all.
Or,
AND,
We can differentiate, ignore the larger shape to interest ourselves only in the edges, get hyperlocal and extremely granular, and that leads to something too, at least the edges get less bloody sharp.  In this case some hyperactive individual thing - a bet.  A bet.  Daily bets.  Dancing competition - no, can't do that, or can you do that?  Rap battle.  Tweet-battle.  Twitter wars.  Shopping.  Money, commerce.  Subdivide to meaninglessness.  We are human, after all.

Inspired by mathematics
I think what happens after you differentiate is that you can put together the results from the little bits to see the result for the whole.  This overall result may  not have a name, may not be easy to describe or possible to name, it may be discontinuous, inharmonious and messy, but for the application, it gets the job done.  Oh, and it can also be realized in a rather rote, uncreative, unthinking manner after the method is understood and implemented.  Also known as automation.  Here is the whole field of computational (i think differential equation solving, like say nonlinear solvers).  Or the whole field of just collecting grains of data and using AI to make decisions, rather than seeking to describe a whole thing, just subdivide, subdivide and let activity do the work.

.
On the other hand,
I think what happens after you integrate, no, I mean when you embed for the purpose of solving,
for example I think using the "weak form" of a problem in (again, differential equations, advanced topics),
but there are easier examples, like finding the roots of a simplest type of quadratic equation is hit-or-miss if you only know normal numbers but it's jokingly easy if you use complex numbers,
or for example when you use a general, overall, average, or approximate idea of something to analyze it, that is, when you integrate (since averages are integrals)...
and there are advanced examples that probably have nice pictures, like: to make sense of the world in astronomy they had to come up with string theory which uses not three-dimensions but more - how many more?

What happens when you embed, one advantage of the embedding thing is that the solving is easier, I mean, first you have to embed carefully and succesfully in a way that includes all the situations that you've been given - all the fractured parts - but now you have a simplified description which is another advantage actually; then at this point you have the great freedom of a bird's eye view that lets you see/find solutions, easy, easily, in this newly expanded framework, oh, everything is so easy; then you just have to select solutions that meet the restrictions of the original problem, real-world, constraints; those ideas/solutions that are most acceptable.
You grab?  Understand?

These mathematical methods are analogous to the philosophical concepts of
a. Transcendence and  b. Nihilism.
I think.  You think?

Slightly delayed thanks to Brexit news sucking the oxygen out of everything but the first of our yemen stories is on the Guardian’s front page today, with photos by the amazing @azavallis https://t.co/lEMGlvNnKo pic.twitter.com/mSFz0TtbkZ
— Bethan McKernan (@mck_beth) September 30, 2019

Why is ego talking?

Whatever did Fatima say to Ali?

Who are these people?   Can I watch them in a play?


The Early Irish Christians, like the ancient Celts, also saw God as a giant.

Here on the Kells market cross, God is depicted as a gigantic warrior; Spear in hand, he leads the guardian deities of the Twelve tribes to battle. #Irish #Giant https://t.co/hrcasiis6K pic.twitter.com/JZnf8e3F28
— Folklore of Ireland (@DarkCloudBeing) October 1, 2019 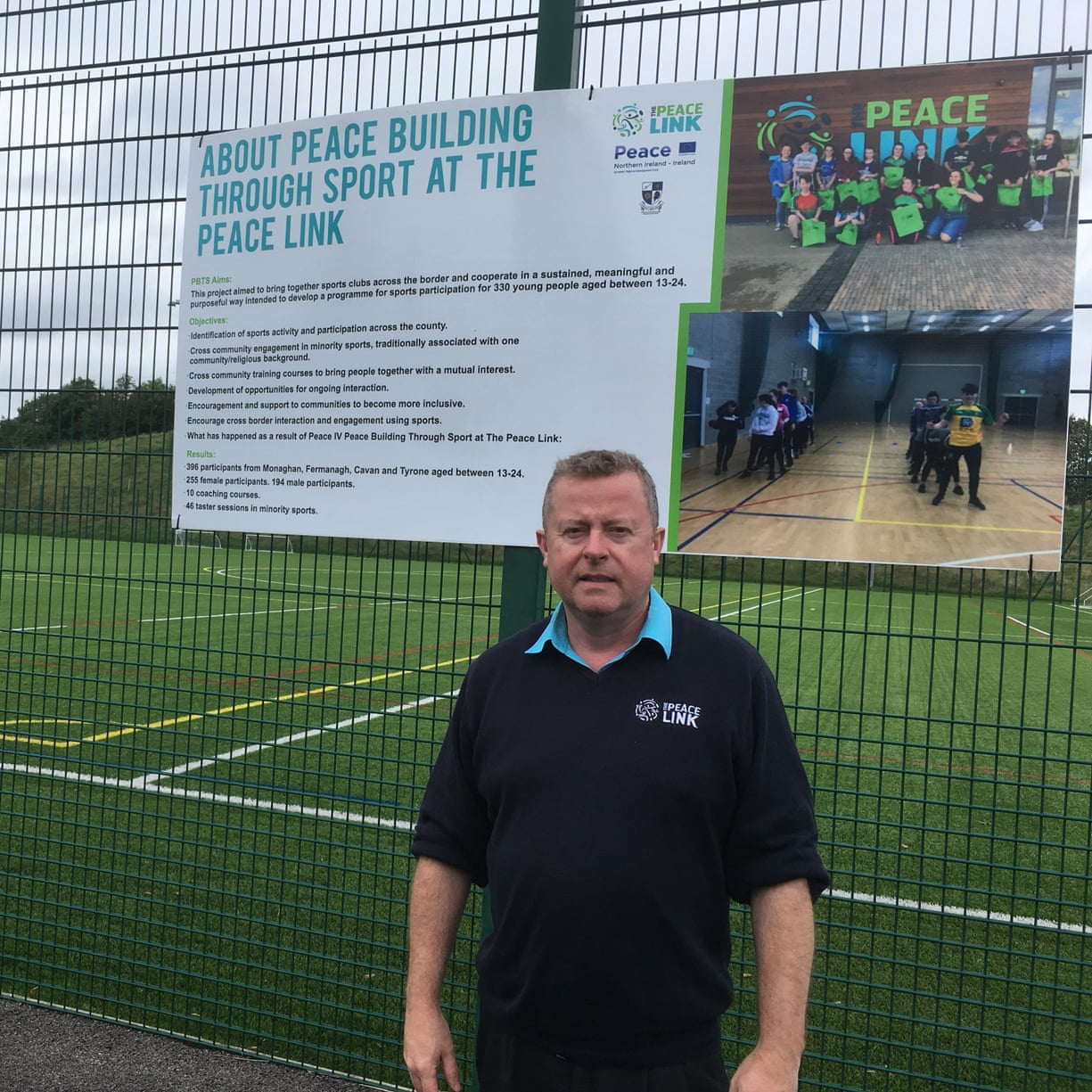 Advertisement: Read my books.
Posted by t at 10:34 AM No comments:
Email ThisBlogThis!Share to TwitterShare to FacebookShare to Pinterest
Newer Posts Older Posts Home
Subscribe to: Posts (Atom)