Ramadan is a porn-free month across the Arab world.
Wishing us all a happy and peaceful holy month of Ramadan.
Pray for Syria, Egypt, Palestine, North-East Nigeria, and other places where muslims are fasting in the midst of violence, oppression, or struggle.

Note: Most native speakers of Arabic are Muslim, but the Muslim population of the world is not predominantly Arab i.e. most Arabs are muslim, but few Muslims are Arab.
Posted by t at 12:43 PM 3 comments:
Email ThisBlogThis!Share to TwitterShare to FacebookShare to Pinterest

Teachers and zen
When I was an undergraduate engineering student at Howard University, I had a Korean prof who said to me once, "Tozhin, you always use brute force. You can not uzh-ee bruuh forrh, you have to find weak point in the problem."

We loved imitating his speech; probably why we can still remember his words fifteen years later.  He was earnest, hardworking, definitely shy, a hardware tinkerer (that wasn't my thing) and occasionally something of a philosopher (that was and is totally of interest.)

Today I am amazed, unsettled, at the self-effacement of teachers.  It's like the self-effacement of mothers, could it really be so satisfactory to be merely one of a team that contributes to building great people?  What happened to cashmoneyhoes, moneypowerrespec'?  Or as one of my favourite students recently said of winding up in front of a classroom someday: "it's like my worst nightmare."

Anyway, in this post I was going to write a bit about my current Eastern preoccupation.  I just watched 120 hours of Korean drama.  Like oh my God, amazing.  I am sort of learning Chinese - sort of.  I just read a South-East-Asia history book.  This morning I re-watched Seven Samurai...


Korea
Did you know that "There are only about 250 Korean family names currently in use, and the three most common (Kim, Lee, and Park) account for nearly half of the population." 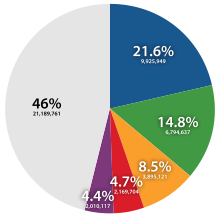 (From Wikipedia: Korean Names)
Yep, nearly a quarter of Koreans are have the surname Kim e.g. North Korean President Kim Jong-Un.  Another 1 in 7 are named Lee.  Then 1 in 12 are named Park e.g. South Korean President Park Geun-He. Now you can guess my Korean teacher's name.

Then also, compared with the Chinese, Korean script at least seems superbly easy to learn.  Very easy.  If the holiday wasn't so full of things to do already I'd have learned it.  The encoding system for writing may be logical and straightforward, but I can't promise that the language itself is easy, I mean, they take five syllables to say "thanks" - sounds like 'komasomida' - but I think the 'mida' is just added for respect.


China
Chinese though, I doubt that there is a method to their encoding.  I aim to learn about the method(s), gain some speaking skill beyond Ni hao, xiexie, zaijie, Wo shi-huan, _ zai ma?, and be able to read and write simple things, maybe on just 100+ words of vocabulary.

For now I've got ren (easy word, looks like this 人 and means a person) and bu (不  negative particle, not). Writing zero, as 0, is particularly easy too.  My to-learn list includes da (big), Han, taitai (Miss), ...

The characters get really complicated so you wonder what they were smoking when they invented them.  A simple word like wo (me, I) is like crisscrossupdownticktockswish.  Seriously?
On top of that is the pronunciations, since it's a tonal language like Yoruba, so there's ma, ma, ma, ma, all sound different and mean different things, and presumably have different symbols too.


Summer fun
I'm using the Chinese-learning text+cd by a Yoruba/Nigerian scholar named Victoria Arowolo.  I guess I'll also check these out soon: Chinese characters on Wikipedia, and the most common Chinese characters lists.
The original plan was to learn Hindi script, but that will have to wait now.  One cool thing is finding words that seem to be much the same from Arabia to Korea and wondering just how that happened: blame Genghis Khan?
Posted by t at 11:11 AM 10 comments:
Email ThisBlogThis!Share to TwitterShare to FacebookShare to Pinterest

When it comes to romance (advert)

When it comes to romance, I often miss the signs.   I mean, my mind is just not "there."  That's the truth.  A few events brought me to that conclusion.

Story: I was just on facebook checking out an acquaintance who is now married.  Many years ago he was dating a mutual acquaintance, now his wife, and he was friendly with me.  I LIKE friends and friendship.  He got engaged, was drinking one day at a party, grabbed my butt in the hall - in a blink - did he or didn't he, got married, living happily ever after.  OMG there are cute kids and there are super cute kids.  They have the cutest kids, the whole is >> the sum of its parts.   It just occurred to me this morning, oh, he called.  He didn't have to call.  Plus the butt grab.  Oh ok.  So now I'm flattered.  Maybe I just made up this story to flatter myself.

I've been called "very unromantic" before (cute) and (six years later) someone else said: Babe, how is it that you can write this mushy romantic stuff when you're not like that (very cute).  He actually read and liked my stuff.  I wrote at least one for him.  In those days, I did have some rhapsodies and raptures in verse.
Some of them are newly published in Big Boy and Big Girl.

Posted by t at 8:57 AM 5 comments:
Email ThisBlogThis!Share to TwitterShare to FacebookShare to Pinterest
Newer Posts Older Posts Home
Subscribe to: Posts (Atom)