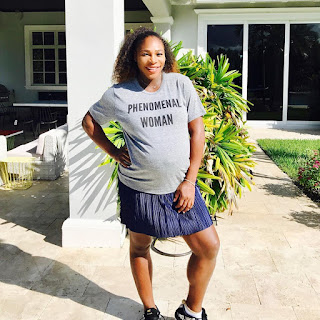 Advertisement: Read my books. ###Three Sisters, novel #1 here###
Posted by t at 11:25 AM No comments:
Email ThisBlogThis!Share to TwitterShare to FacebookShare to Pinterest

Some of the best things on youtube, ever:
Luh You (by Anderson .Paak) and i (aka I Love Myself, by Kendrick Lamar)

Advertisement: Read my books. ###Three Sisters, novel #1 here###
Posted by t at 12:34 PM No comments:
Email ThisBlogThis!Share to TwitterShare to FacebookShare to Pinterest

Finally!
It's been coming for a couple of weeks now, just this feeling of - imbalance all over.  Tired, wanting to oversleep but not actually succeeding, etc.
Then it hit at its new favourite spot - my tummy.  It's been poop poop poop the last 24 hours, like every hour or two drop a li'l something for the poop gods.  O Lawd.  I considered getting a nappy.

Much better now - I look forward to taking care of myself (ALWAYS FUN!  There'll be rice, fish, hopefully I can get interested enough to eat bread, and by next week maybe amala and all that yippee!)
And of course I look forward to recording what happened.
Actually maybe I can do that right now.

Old stuff about my tum HERE.

The immediate trigger was a lot a lot of groundnuts 1 1/2 days ago.  I sometimes buy boiled groundnuts, and for a few years now I don't eat them unless I re-boil them first...basically I used to get pimples/infections from g/nuts and found the re-heating treatment helped.  God knows where those groundnut shells have been and what germs they've picked up.
I sometimes buy the boiled groundnuts, foolishly keep them lying around, then do the re-cook and eat the next day or so, which is what I did this time, I think.  Anyway, massive bloating ensued, rotten gassiness, I managed to sleep, but started the poopfest really early the next morning.

Many hours before that, I had put a lot of good food on top of the other, basically eaten a lot very fast, then ate what should have been the next day's lunch very fast on top of that.  I felt something was wrong - why couldn't I stop myself?

In the days before that, for like two days, a lot of food.  Normally I'm an eighty-percent eater like the Japanese, but here I was overstuffing myself.  Example: had some FANTASTIC suya with my friend on Friday evening, then went right back to my parents' and ate some rice (the amount I would usually eat without the suya) and then ate some more rice (so all that meat then twice a normal little meal) and presumably went to sleep right after.  In normal life, I don't even eat after sundown, but all of this food was after sundown.

You know what happened the day before Friday?  Air-conditioning.  Note to self: in future I will just refuse, refuse to pretend I'm ok when locked in an air-conditioned car for so long.  Part of why I thought I was ok was probably I was 'a little separated from my body' already.  But I knew I was unhappy.  I knew I wanted the air outside.  I kept quiet.  What's remarkable here is that normally this incident would have led to a cold, but now it seems to have led to a stomach incident.

And the day before that an all-day meeting, though I felt completely fine that day as I recall.  Some other guy was farting.  God sees you :-/ I just hope people didn't think it was me :-/

Back to the tummy.
The ijebu garri that I love so much is too harsh nowadays.  Too...acid or something.  It has to go.  It's fine when cooked as eba but it feels too dangerous as garri.  I get no joy from non-Ijebu garri.  Maybe I'll check for the market varieties.  Maybe it's these new packaged brands that are making it wrong.

I can't have too much pepper.  Talking to you, this ofada woman - why must you put so much raw pepper in the ofada stew?  And why must I eat it in such a rush, even when it hurts and my throat is saying please stop?  (A bout of excess food on Sunday, included over-spicy rice.)

In the past, it's been straight food poisoning symptoms - empty the gut in one shock of a rejection, you can almost hear my body saying fuck you and no you get the fuck out of here to the food.  This time it was a slower 'process-and-express' thing with the poop (I kept gently adding food and water up top lol).
I feel we're making progress.
We = me and my digestive tract?
I was reading again about indigestion and remembered how bad it could be and really, this time it was not so bad.  I felt a little nausea this morning but failed to throw up (yippee!), I did not have heartburn symptoms.  I did have a low-level fever and sweats and I've had a headache for a while (the disembodiment thing I said before...normally I don't have headaches, period...but I've had at various times in the past two weeks both the headache above the eyes and headache behind the eyes.)
Kept thinking how glad I was that I didn't have to go anywhere.
It's raining.
My neighbour's kid hates her cold and painful morning bath and the assault on the mouth that accompanies it.  I completely understand.  There ought to be a law...

There will be a final solution to the indigestion matter for me.  There's a tooth that needs to go, the seventh on the top right side to match the missing seventh on the top left (from almost two years now, how time flies).  The dentists disagree, the x-rays say there's no problem, but I know what I know.
Still on the health solution: I need a desk and better posture habits with the computer.  I need a little exercise.  It helps when I don't become excessively upset (but that's life, it has to happen on occasion), because that was the root of the root of the overwork and the overthink and the overeat and the overcold.  When I sort out the tooth I wonder where the disease center in my body will wander to?  Vapourized?  Or will we always have periodic ill health with us?

Oh God, I didn't tell you about the mouthgasms I induced?  About two weeks ago.  The shi* too funny.  Then I did it again the following day, this time it was extended and really funny.  I thought medical people might be interested to know.  Or Oprah.  Start another trillion-dollar industry.  Distract the masses.  Sell more toothbrushes.  LOL.