I just watched Ordet (The Word) a 1955 Danish film by Carl Th. Dreyer.
And
1. I can't keep it to myself.
2. My life just changed: "if you had prayed to God, He would have answered your prayers."  Ah, true.  Ask, for a change, stoic one.  The answer is yes, really, only maybe sometimes the answer is not yes.  (a paragraph of personal stuff I just deleted.)

Now I really wish to see Rams.
And be a judge at Cannes or the Oscars or any large international film festival / awards programme. 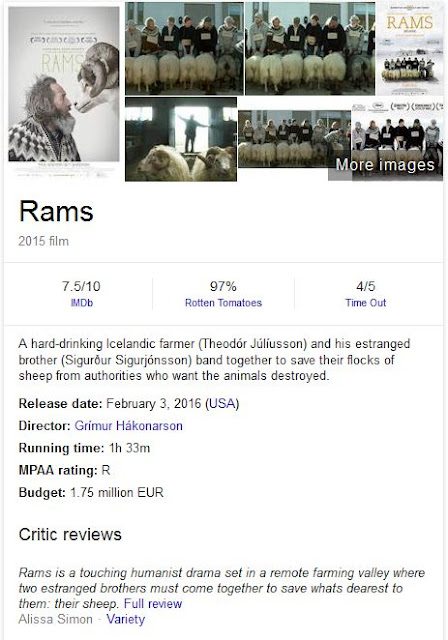 Yesterday, I watched the zen film Spring, Summer, Fall, Winter, ...and Spring.
Please, treat yourself to this film.
Raise The Red Lantern, from the day before that, was also a complete masterpiece.

In very related news, I decided on the title for Novel #2 - it has changed a few times, but maybe this is the final one, the best one - cutting it down from a bevy of twelve main characters to just four.  That way less rambling, more story.  It will be short and verrry good.  And I'll do a rework of Three Sisters (Novel #1) too.
It's been many many years of thinking about these people, and I've not been writing, but hey, the book is practically reality.
I've been letting all these other works soak in and influence me and so it's really going to be something wonderful.  Yeah, I'm going to shit a pearl.

There'll be many unused characters (and drafts) and they'll get recycled into short-stories and maybe one or two into novel #3.  Then no more novels hehehehe.  Just kidding, once you pop you can't stop.
Thank you for feedback on novel #1 so far, I need the feedback, I'll use it, so please send more.  Thanks again.

I've been swimming in muse-ic.  Jill Scott this morning.  India.Arie yesterday.  Madonna.  Great.  Great.  Great.  Lorde.  I want my writing to feel like the Lorde album - heady, pure.  Guess what the Lorde album is called?  Pure Heroine.  Did I just describe it as heady and pure!?  Hey, Cannes?  The ghost of Roger Ebert says...Tosin's really good at this.

Great films too: you want to see what I've been watching?  HERE.  It's hard to keep these things to myself.  Boring books, I'm reading a Jane Austen-y novel titled The Third Sister, by Julia Barrett.  It's clever, it's slim, it's not going very fast.  If you want to see what else I've been reading - go here.

Also going slow slow slow - anything on Coursera, math-for-myself, Arabic and the languages I want to learn. 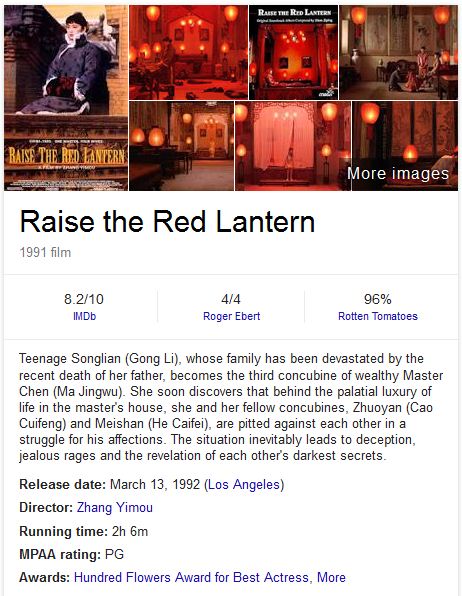 No job starting next week, maybe for a couple of months.  Colleague says I'm actually going on maternity leave, pregnant with a book.  Maybe I'll write one chapter of it, more likely I'll write close to ten chapters.  Then start a job again somewhere gorgeous.  Awh, I'm going to miss my kids.

These things are amazing.  They are simply at the pinnacle and that's the best water from which to drink.


Bonus films:
Sometimes the reviewers don't know what they're talking about: these products were really great experiences for me - Home (2015 animated film and soundtrack album with Rihanna) and We Are Your Friends (2015 DJ-music-culture film), ignore the poor reviews.
Posted by t at 7:53 PM 3 comments:
Email ThisBlogThis!Share to TwitterShare to FacebookShare to Pinterest

Advertisement: Read my books. ###Three Sisters, novel #1 here###
Posted by t at 2:16 AM No comments:
Email ThisBlogThis!Share to TwitterShare to FacebookShare to Pinterest

Of Birds and Bees

Ju: I want a little baby too…everybody I know has one.
Po: Ask your mummy.

Ju: Mummy, why do you always say no babies?
Mo: (Keeps ironing shirts.)

Ju: (Hands Po the phone.)  Now, help me write it in the search place.
Po: Write what?  “Where do babies come from?”

Ju: Yes.  How to get a baby.
Po: Oookay.  Google…search…pornography...ah, here: March of the Penguins.  I think this film will tell us.  Should we put it on the big screen?  Join us, Mummy, and we can make an egg after.

Advertisement: Read my books.
Posted by t at 6:35 PM 1 comment:
Email ThisBlogThis!Share to TwitterShare to FacebookShare to Pinterest

I'm a zillionaire, I don't need a job.

but call me if you want me anyway.
Posted by t at 7:56 AM No comments:
Email ThisBlogThis!Share to TwitterShare to FacebookShare to Pinterest
Newer Posts Older Posts Home
Subscribe to: Posts (Atom)