This woman is heading home

I love this guy, and not just because he attends Caltech theater:
Go to the story source in Caltech News

“A New Kind of World”

Growing up in northern France, in the province of Normandy, Jean-Lou Chameau seems to have discovered his principal affinities early in life: hard work, working with people, new experiences, and, last but not least, mathematics and science. He brought this outlook with him when he left the Old World for the new in 1976 to pursue graduate work in engineering at Stanford, and it has served him well throughout a career that has included faculty positions at Purdue University and Georgia Tech, time spent running a company, and, over the last decade, a move into the upper echelons of academic administration. In 1997, he was appointed dean of the college of engineering at Georgia Tech, and four years later he became the university’s provost. Last summer, he was named the ninth president of Caltech. Chameau assumes the job at a time when issues that he has long championed—forging interdisciplinary and institutional collaborations and promoting global sustainability, to name two—have emerged as major themes on both the national and international stage. It’s an environment in which, as he says, scientists and engineers have an increasingly complex and vital role to play, and to which Caltech, through its faculty, students, staff, and graduates, is poised to make unique and far-reaching contributions. He talked about these topics, and a variety of others, in an interview with Caltech News editor Heidi Aspaturian.

The Making of a President. Clockwise from left, Chameau as a pensive youngster in his native Normandy; as a young Purdue University professor in the 1980s; and as a newly appointed president waiting to be introduced to the Caltech community last summer.

Read Full Interview
Posted by t at 1:19 AM No comments:
Email ThisBlogThis!Share to TwitterShare to FacebookShare to Pinterest 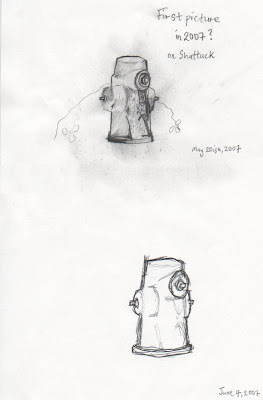