This is yummy: The Ottolenghi Cookbook was a publishing phenomenon. His follow-up, Plenty, looks set to repeat the trick, with new recipes and updates on dishes devised for his New Vegetarian column in Guardian Weekend magazine. Here's an exclusive taster of what's on offer 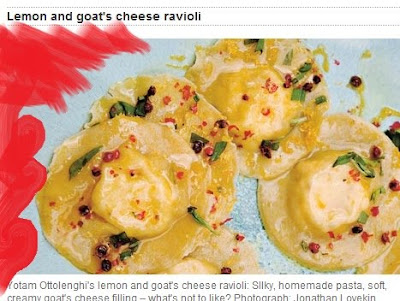 Posted by t at 10:16 AM 2 comments:
Email ThisBlogThis!Share to TwitterShare to FacebookShare to Pinterest

I saw The Tragedy of King Christophe yesterday at the auditorium in Unilag. Although the space would seat about a thousand, there were about as many people in the cast/crew as in the audience (about 30.) The show was gooooood, and it only cost 250bucks (less than $2 - even I can afford that.) It was performed by the Jos Repertory Theater, so basically, good stuff.

I don't want to get attached to the place, but there I go falling in love. Anyway, now I've seen a play at Unilag, only one more social to-do item: swim at the guest house. My last sweetheart/ex plans to visit, so that could be the occasion.

Other things to certainly do, math/tech-wise: give tensors many more hours of study, figure out what Finite Element Analysis is and teach the software part, and do a Mathematica club starting next week (so I can learn along with others as Caltech taught me to do.) The mathematica club could be extended to a cool teacher-training thing so I may push for that, and the FEA stuff would be extended to some research project thingie on lung modeling - Jesus!

This play was part of the ongoing Lagos Black Heritage Festival (let's just call it the EKO FESTIVAL), a week-long funfest with an average of ten events a day from the Island to Mainland to Badagry even. Wish I would go to Badagry - it's been many many many years - and the beach. Why am I thrilled about the festival, even if I'm only doing a few events? For Lagos to be cool, there must be these public events, we must break the class-centrism a bit and have a collective cultural space.

I checked out the regatta on Saturday in Lekki, a play last night in Yaba, likely to see another play - A Season in The Congo , also written by Aimé Césaire - at TerraKulture tonight , then maybe roam around Victoria Island tomorrow. The festival closes on Friday and will be missed. P.S. I know it will be bigger next year. Eko o ni baje o.

Might as well share my Lagos poem here. Wrote it over a year ago. You should love it. Whatever.

We hold these truths to be self-evident:
That where there is a child
There must be a cane.
That before you make ends meet
There will be some pain.

That Lekki is the part of Lagos
Closest to heaven.
That after such a brutal week
We deserve a good wedding.

That Fashola does the work,
Tinubu dey behind am.
That Allahu Akbar
No dey disturb Revival.

Say do me I do you
God no go vex.
Say jazz pass jazz
Na so sense pass sense.


Say my people for village
Never sabi Rat Race.
If no be for football
Man pikin for don crase.

One Nation under Fela,
we dey suffer, dey smile.
“Eko o ni bajẹ:”
this town no go spoil.
Posted by t at 12:35 PM 8 comments:
Email ThisBlogThis!Share to TwitterShare to FacebookShare to Pinterest

In other Naija music news, NNEKA is doing Lilith Fair. Go girl.
Posted by t at 7:09 AM 8 comments:
Email ThisBlogThis!Share to TwitterShare to FacebookShare to Pinterest

Lin Yutang: Besides the noble art of getting things done, there is a nobler art of leaving things undone. The wisdom of life consists in the elimination of nonessentials.

I kept quotes cutout from Oprah mag below my whiteboard over my desk for a few years in grad school. This was one of three? six?
I held on to the truth therein in the faith that one day, I would understand...the elimination of nonessentials.

How does one focus? smile? win?
Part of the answer is in selectively leaving things undone. The result is more resources, quality time, for fewer things. Or as Oprah used to say: spend major time on major people, minor time on minor people.
I like all this hokey, Oprah, pop-psych stuff :)
Posted by t at 2:44 PM No comments:
Email ThisBlogThis!Share to TwitterShare to FacebookShare to Pinterest
Newer Posts Older Posts Home
Subscribe to: Posts (Atom)