My latest pastime is laptopera

This week was...ugh.  No power from Monday to Friday.  My inverter was dead too.  No internet, and sometimes no water.

On the first no-electricity day, I read The Flannigans.  I expected an Irish novel and had in fact bought it in part for its unapologetic green cover.  Instead I found a simple telling of small-town politics and a family conflict in Newfoundland, Canada, far from their original Irish homeland.  This novel was indeed a little "literary treasure" with its wise measured observations and clear presentation.  P.S. I bought it used but nice and shiny, probably unread, and signed by the author too :)
Before the extended power outage, I'd been drowning in music; listened to almost all of Chocolate City's oeuvre - M.I.'s two albums, his brother Jesse Jagz's two albums, Ice Prince's latest album, Brymo's album.  Then I moved on to Omawumi's albums.  Tuface was supposed to be next.  There is so much good music in the Nigerian pop/entertainment space these days.  Love it.

I'd also finally done something I've been meaning to do for months: watch opera on my computer.  I live in the-megacity-with-no-opera-house Lagos, so why not?

I found this Carmen:

Enjoyed both verrrry much.

I may never go to the movies again.  There is so much entertainment that is superior to the movie-theater experience...I think.

One week ago, just before reading The Flannigans, I finished two really really cool novels.
Better Times Than These.
Nanjing 1937: A Love Story. 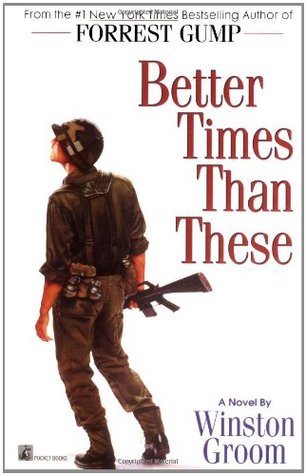 Many great things about both these works:

I love the humour of the latter...oh the sharp ending too.  I would read it again.  It's one of those repetitive, not-really-about-the-plot novels.  In fact I didn't read it in a straight line because it got boring sometimes but you would like parts better after peeking a chapter ahead.  But I liked the quirky main character and the sarcasm of the writer Ye Zhaoyan.  I laughed out loud often. Making fun of marriage is fun.

The first is a Vietnam war story by Winston Groom, of the Southern USA.  It was most excellent in its descriptions of moods, motivations, long-festering emotions.  I associate such emotional intelligence with the South.  Its Chapter Two made me say yes, that is how I felt, when I lived in a fishbowl thinking I was brilliant goldfish and being disoriented at seeing upturned noses instead.  First time I saw my feeling about that period so understood anywhere.  It could be the first time I even understood it.  So of course I didn't want the guy at the center of this beloved chapter - Frank Holden - to die.  He'd been a Princeton tennis star.  He was probably great to look at.  I overlooked his flaws.  Well, he died.

Reading Vietnam and reading China.
The Nationalists of China alongside the Viet Cong organization.
The US excusrsion into that SouthEast Asian theater vs the cool detachment of the upper crust months before and up until a gigantic war on China.
...All this makes me want to learn a little more Chinese.

Read some other stuff in between too: a poetry/motivational/fiction thing that I liked and read twice (Dream Maker).  Some stories from a giant collection by William Trevor (again, I trust Ireland.)  And so on.  But when there was no electricity, I was so miserable I just read newspapers and such, and waited...

Besides all the usual books, music, movies, blogs and online courses, I have this new hobby: laptopera.  New word.  Next up to watch: an old Tosca (in black and white) and (after all these years of anticipation) Madame Butterfly.
Posted by t at 11:13 PM
Email ThisBlogThis!Share to TwitterShare to FacebookShare to Pinterest

PS, last week was also "fuel scarcity" week. Just in case it needed some help with sucking. Glad it's over :)

House of a million minds said...

Re: Tosca - this is the one to see

Re: Butterfly - I haven't found the one yet, if you want the music, acting, and English subtitles in one package.

A mouthwatering Tosca at the Sydney Opera house.
Wish...

And I want to try watching the Phantom of the Opera movie again. I didn't 'get' it the first time. Planned to read the play with friends this weekend, but maybe have to postpone.

I'm watching a nice Madame Butterfly, 1995 ( directed by Frédéric Mitterrand and "presented" by Martin Scorcese) . Tell me if you know a nicer one. It seems there are many to try. This one is nice; the deceit (in the first act or first quarter) seems more acute and hurtful than I've ever felt from Butterfly. It changes the story and music a bit, though, and opera-heads may not like that.

and I'm finding some live recordings that are fun to watch too. More on that some other time.