Efa and Adamooh - a story to avoid

Eve was in the garden trying to chill but this big bright red apple would not stop shining in her face, taunting her.
And you already know that God had said don’t eat that apple and all, but enlightened beings could easily tell it was a setup.

Like the children in the marshmallow test, Efa was not so enlightened.
Compared to the angels for instance, she was a baby in years of existence.
Given this, and the fact that she was not even promised a reward theoretically exceeding her indefinitely long wait to explore the bright red apple,
I mean what eggheads might call a poor incentive structure,
you can already guess what happened to her, her male mate, and the fruit of the Garden.

Now when God returned from his stroll, knowing full well that for sure the apple was gone, or one might say instead of God to say that she was tired of sharing the fine garden with these overly-intelligent human creatures,
he/she sought an excuse to kick them out,
Wherefore God put on his scary God voice and thundered at them – what!?! where is the shiny apple that I left here, I must be going blind, for I can't see it.
Music videos can be a corrupting influence on anyone, no matter how young, because the first words that came out of the woman’s mouth were “It wasn’t me.”
Straight out of the Shaggy song.

All this time, Adam tarried in a corner, trembling.
Shuoooe! said God. If it wasn’t you, then who was it, Baby Gehl?
Adamu gave Efya this look like, she would be in trouble if she dared implicate him.
Smooth Mummy Eve was indeed about to name her man as the culprit, but fear gripped her heart, because Adamu as gentle as he looks, is dangerous when angry,
and very strong.
Eve saw one snake slithering by, she pointed at that damned soul, “it was the serpent.”
God was amused, suppressing laughter really.  "Oh, child, you think I was born yesterday?" thought he.
while Adam was amazed pondering when in all his days naming and counting animals he'd ever observed a snake to eat a red apple.
In all, the residents of Eden and heaven were amazed that she would tell such an improbable lie. 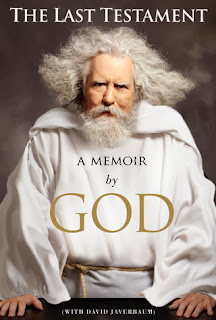 Eve continued: it was the serpent, he came and whispered sssss in my ear to eat the apple, then plucked the apple and showed me and Adamu how to eat
and even took a piece and dropped it in my mouth.
That’s why we’re in this predicament.
It wasn’t me, remember it was you that put the snake here and this daft Adamu too.
But I really blame the snake.
God was speechless.
Wow.
Audacious.
Crafty.
Very sexy in spite of.  Because of.  In spite of.  Not really sure right now.
But God is wise which makes H God.  Hence did he consider the best course of action which had been known to Her since the beginning, end, and middle of time.
If it was only the man, I might overlook the sin, thought God.
But this Lai one over here, at this rate she will soon swindle me out of my own garden, or knock me off my throne.
The time is now to send everybody packing.
Let them go therefore and be gods over their territory.  They will soon come to respect what a difficult job I have.
And let snakes eating apples remain the symbol of the illuminati.
And so God pretended once again to be very angry and He said “I banish you.” But secretly he was proud of them.
Behind the beard he was smiling.

Love it! And one of my favorite lines is this: "All this time, Adam tarried in a corner, trembling." Indeed, even now there are many such Adams treading the Earth.

No Sagittarian Adam would do that :D I hear they're daring, cowboys.

Right proud of them: the Lai One and the Daft okobo. This testament should be read in next sunday's sermon: so revealing.