1. A September 2020 essay in Al-Jazeera online: Reprinting the Charlie Hebdo cartoons is not about free speech...but about using speech to reaffirm domination.
2. A 2015 feature in BI: 16 Bold Covers From Charlie Hebdo, The Magazine That Was Attacked In France.

Advertisement: Read my books.
Posted by t at 10:46 AM No comments:
Email ThisBlogThis!Share to TwitterShare to FacebookShare to Pinterest

My latest tweets on @tosinbird


My main twitter account is @tosinbird, but I delete all the tweets every month or so, mostly out of habit, and because I don't feel the need to save what are essentially bursts of re-tweeting activity, that although time-focused (I mean if you consider them in the short time that they were made, you can find a theme and/or understand the tweets), are certainly from haphazard and diverse topics and styles over the long term.
But also, maybe it's to hide, for example when one has said something political for which one could be witch-hunted someday? (Because human beings are crazy.)
But mostly because I deleted all before and got in the habit of doing it. I mean, because my tweets, being worthless when they've passed their use-date, deserve to be deleted. And perhaps by twitter's nature many old tweets are worthless too. Although collectively, this is not true, and it is a good thing that the twitter archive exists, a gargantuan library of gibberish and some gold.
Anyway, I have this secondary twitter account @REALbubbler where tweets are more permanent; I have never deleted all here. So, to make this blog post, I let @realbubbler echo my latest tweets on @tosinbird so I could embed the more permanent objects. I hope you enjoy the mini-project.

I love 💕 this.
Not everytime push people to do more and better, sometimes just appreciate and luxuriate. https://t.co/9yX8l7ywfR


This is my "pinned tweet" at @REALbubbler. The one that I've kept at the top of my page/feed for some years to give it more prominence and help people notice my product - the poetry book.
Advertisement: Read my books.
I just created even more tweets (re-tweets): about protests to End SARS, and other matters.  Please click and see the array.
Posted by t at 10:47 AM No comments:
Email ThisBlogThis!Share to TwitterShare to FacebookShare to Pinterest

I feel lousy. I think post-period dehydration is one way to describe this? 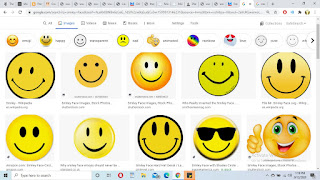 After this post, I'll be more aware and rehydrate. The things I'm writing about may be relatively minor shifts in a body's program.  Also, I assume that they are shifts for the better, even though in reality they may be neutral.
The weather is back to normal, yippee.  We have rain, we have sun, and the incredible cold of the past months seems to be over - it was maybe 2*Centigrade below normal daily range of 27 degrees +/- 4, but for a sensitive babe like me, that is cold at night.  (Editing one hour later: it is still cold.)  Soon I'll start to feel uncomfortable with the heat.  Hmmm, should I remove these curtains?  They were nice when it was cold, but now I want nature and ventilation, and maybe that is what my body is trying to tell me...I need fresh air?  YES.  and more light.  Adjust to the changing weather and throw the curtains open?  yes to that too.  Because they are linked, how you're breathing (and I think I don't breathe very well because my body is protesting the nonsense air quality essentially of the world so it just tries to operate without air) and your metabolism, your blood activeness and your general hydration levels.   And digestion and mental function.  I'm stopping now.  One Love.
Advertisement: Read my books.
Posted by t at 1:23 PM 4 comments:
Email ThisBlogThis!Share to TwitterShare to FacebookShare to Pinterest

The boy-twin names you should totally use now: Kendrick and Chadwick.
The girl-twins, obvvviously, should be Venus and Serena.
In Yoruba culture, twins automatically get the names Taiwo and Kehinde.
The child born after them is named Idowu, which also works for the third-born of triplets.
Well, if you need a baby name, anywhere in the world, I guess I can help you?  CONTACT.
Advertisement: Read my books.
Posted by t at 1:26 PM 1 comment:
Email ThisBlogThis!Share to TwitterShare to FacebookShare to Pinterest

When am I going to read all these books (or short stories)
and not just the final winners but also the finalists/shortlisted like I once used to do.
and the PDF books on my laptop, and the ones I'm halfway through right now...
and the small piles of books on the arm of this chair
and the books that I have not bought or the ones I bought and lost?
and the re-reads!
Mmmm, I look forward to a beautiful life.
Advertisement: Read my books.
Posted by t at 5:39 PM No comments:
Email ThisBlogThis!Share to TwitterShare to FacebookShare to Pinterest
Older Posts Home
Subscribe to: Posts (Atom)